All the five accused have been remanded to police custody till 16.11.15 and rigorous efforts are on to work out their modus operandi and to find out their involvement in other theft/burglaries elsewhere. 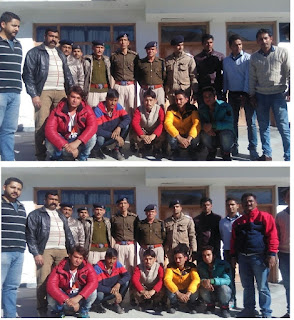